TROs and Injunctions In Hawaii 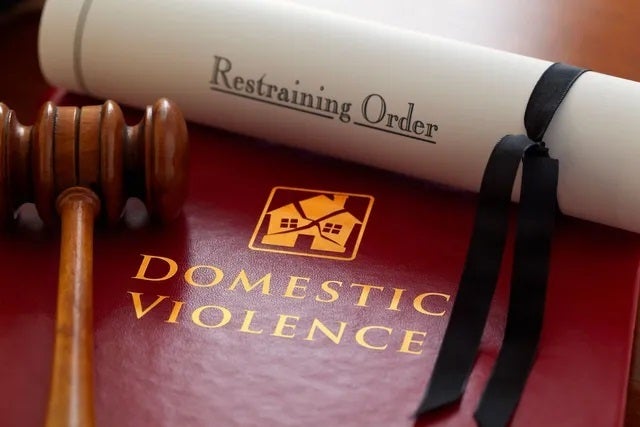 If a family our household member is engaging in a pattern of domestic abuse (including physical abuse or sexual abuse, verbal threats, property damage or stalking) against you, you can seek protection by filing a petition and obtaining a temporary restraining order (TRO) against the perpetrator.

Domestic violence in Hawaii is persistent and can affect families in deep ways that impact their present and future lives. False accusations of the same are also damaging. In both circumstances, the effects can be devastating to all involved parties.

At Segal Law, our TRO attorney in Maui will guide you through the TRO process, explaining everything you need to know to be safe from your abuser - or if you've been served with a temporary restraining order, how to adhere to the rules of the TRO and protect your rights as an accused. The latter is particularly important if there are children involved and your partner or ex-partner is seeking custody of your children. Contact us at 808-865-2100 to schedule a free consultation and get more information on temporary restraining orders in Hawaii.

What constitutes domestic violence in Hawaii in order to obtain TRO?

The definition of domestic violence varies depending on the context.  Generally speaking, it is an abusive act committed by one household or family member against another. In some cases, abuse that is not physical can still be considered domestic violence. Examples include extreme emotional abuse and stalking.

When a person has been a victim of domestic violence and petitions for a temporary restraining order, there are several different ways the petitioner may be able to prove their case.

Physical evidence tends to carry a lot of weight in proving domestic violence. Physical evidence can include photographs and videotaped evidence of the injuries. Doctor reports, items used in an assault (e.g., a weapon), and damaged property are also considered physical evidence.

What is a "family or household member" under Hawaii's TRO law?

Under Hawaii law, a family or household member includes:

What is the legal effect of obtaining a TRO in Hawaii?

In a temporary order for protection due to domestic abuse, a judge can order the abuser to:

What is the difference between a Temporary Restraining Order and an Order for Protection in Hawaii?

A temporary restraining order can be granted at the time you apply without prior notice to the abuser and without him/her being present in court. It is valid for up to 180 days or until a final order for protection becomes effective, whichever happens first. Generally, a hearing on the TRO will take place within 15 days, once the other party is served. At the hearing, the abuser can try to “show cause” (prove) why the TRO should be discontinued.

At the hearing that takes place approximately 15 days after getting your TRO, the judge can give you an order for protection for a longer amount of time if the judge believes that:

These order for protections can last for one, two, or sometimes even five years or longer, depending on the nature of the allegations.

What is an Injunction Against Harassment?

An Injunction Against Harassment is civil order issued by a District Court (as opposed to Family Court) to protect someone from harassment committed by a non-family member or a non-household member.  A typical example of a person who may be subject to an injunction against harassment is a neighbor, co-worker or schoolmate.

For the purposes of getting an injunction against harassment from the district court, “harassment” is defined as:

There are two types of injunctions against harassment you may be granted: a temporary restraining order (TRO) or an injunction from further harassment.

After a hearing, an injunction from further harassment can be granted if the judge finds that there is clear and convincing evidence that harassment has occurred. This injunction can last for up to three years.

I have been accused by someone of domestic violence or harassment, and they are seeking a TRO / Injunction Against Harassment against me.  What should I do?

If you are accused of domestic violence or harassment, it is important that you know your rights.  You must show up in court for the restraining order hearing and present your evidence to show why the accusations against you are false. The evidence can be police reports, witnesses, text messages and or emails. It is up to the Family Court Judge in Hawaii whether or not to enter a temporary restraining order / order for protection against you, after hearing all of the evidence presented by you and the petitioner.

If a TRO or Injunction Against Harassment is entered against you, you could be subject to arrest and criminal charges if you violate it.  These consequences can be serious. Therefore, you should immediately consult with a family law attorney experienced in defending people against temporary restraining orders and injunctions against harassment.

If you are the victim of domestic violence or harassment in Hawaii, there are ways to get help and protection, and we can assist you through the whole process.  Similarly, if you have been served with a TRO or Injunction Against Harassment, it is very important that you protect yourself in Court.  Contact us at 808-865-2100 or fill out our online form to schedule a free consultation today.

Thank you for contacting us. We will get back to you shortly.

Please complete all required fields below.